Each vintage is unique and permeates the profile of the different vintages of Michel Mallard and sons' vineyard. An expression of the terroir that is reflected in the wines : Bourgogne, Côte de Nuits-Villages, Chorey-les-Beaune, Aloxe-Corton, Savigny-les-Beaune, Ladoix, Corton and Corton-Charlemagne. 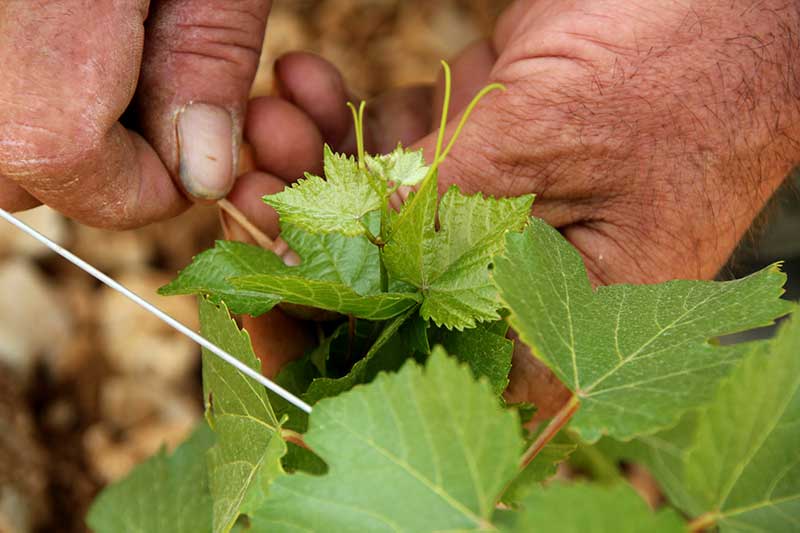 This vintage could be summed up in three words: “heat, drought, and heatwave”. And if the harvest did not dry out on the plants, it was thanks to the excess water that fell in the previous autumn and winter. To recap… The vines were drawn from their sleep in cool, rainy weather around the second half of April. Sunshine came with it and stayed for a while, encouraging the plants to make up the delay in growth. At that time the soil was waterlogged, making our work in the parcels complicated, and sometimes even impossible. This welcome warmth allowed us to work closely on the vines as they developed. The race was on!! The calm spell did not last, however, and from May to mid-June, the rain that fell every day was disastrous for flowering. These conditions prevented the fruit from setting and threatened mildew, which this year was said to be particularly virulent. Our fear was palpable. However, the sun reappeared to stop the proliferation of this troublesome disease and stimulate the vine growth. Sunshine was optimal with some extremely hot spells. A few storms struck, in particular the hail that ravaged the Nuits-Saint-Georges sector on 3 and 15 July. The vines continued to grow under the burning sun and the berries started to colour towards late July. August was much the same. Fortunately there was plenty of underground water to quench the thirst of the plants. The vines were in fine health come harvest, on 27 August. Full-bodied wines with juicy berries of incredible phenolic ripeness. A great success! 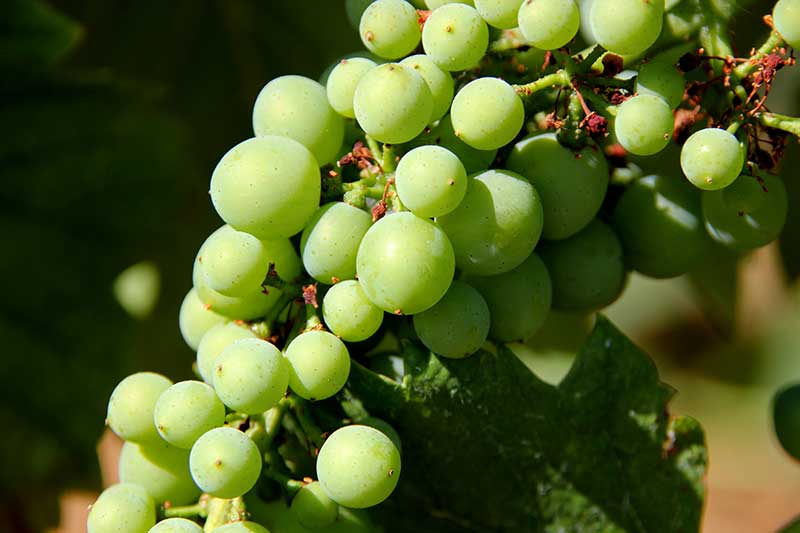 At last a real winter opened the 2017 season. Cold, yes, but a lack of water made its effects felt throughout the vine growing period. Warmer weather arrived in February, hastening the start of growth on the sleepy plants. The delicate buds finally opened right at the start of April. This period re-opened the wound of the black frost in 2016, still very present in our memories. Our fears were revived with the threat of frost in late April. To our great relief, the Côte de Beaune and Côte de Nuits vineyards were more or less spared. The vine growth continued, accelerating in May due to the mild temperatures and occasional showers. Flowers opened early and quickly in the second half of May, spreading evenly throughout the vineyard. The ensuing summer was just as clement, with high temperatures and a few rare showers providing water to the thirsty vines. These conditions enabled us to keep fungal disease at bay with targeted treatments. By late July the berries were starting to colour. They matured in late August thanks to some providential rainfall. Harvesting began in very early September. An indulgent vintage after the crazy marathon of 2016. The wines are charming, with tender fruit, and thoroughly enjoyable while young. 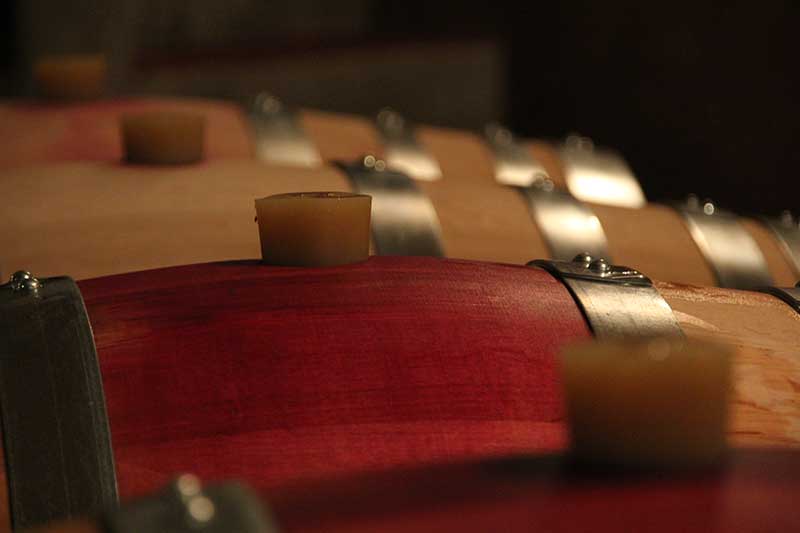 The new year began with a particularly mild, dry spell. However, the cold temperatures in March spread over the vineyard, delaying the start of vine growth. Just as the young, plump, still downy buds were starting to open, a frosty spell cut them right back. That terrible night of 26-27 April remains engraved in our memories. Some parcels on the estate, Savigny-les-Beaune 1er Cru Les Serpentières, Chorey-les-Beaune Les Beaumonts, Ladoix Clos Royer and our Bourgogne and Bourgogne Aligoté appellations, suffered 80-100% damage. Our crus Villages, 1er Crus and Grands Crus mostly located on the hillsides suffered about 30% damage. The following spring, with its occasional hailstorms, continued the pervading gloom and added to the general mood of anxiety. The alternation of rainfall and sunshine produced a humid atmosphere, providing ideal conditions for mildew ! The damp also affected flowering and prevented fruit set. Large amounts were lost. Summer settled in at last, but the lack of water prevented full ripening. The berries coloured in the second half of August and the grapes began to mature, reaching full maturity in early September thanks to some rain showers. Pruning began on 24 September in the Clos Royer. In spite of the discouraging growing conditions, the Pinot Noir was excellent. Perhaps it only gives of its best in the most difficult years! 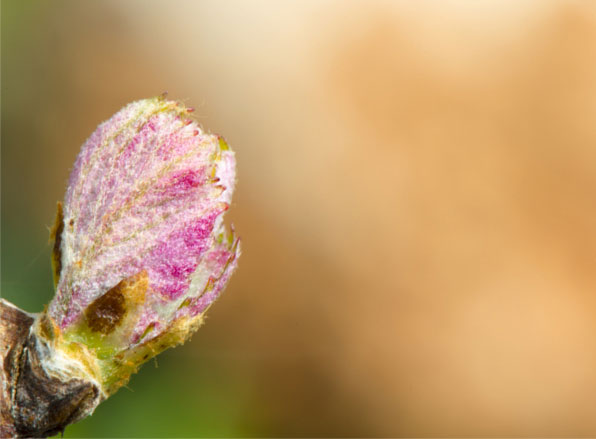 This new vintage is initiated by an overflow of water in autumn and a dry winter. The impetus is given, the 2015 campaign falls under the yoke of drought. Indeed, as of the month of March, heat and absence of water intensify until the end of July. These conditions influence the growth of the vine, which after an awakening in mid-April, will see its vegetative cycle accelerate. The same will apply to powdery mildew, the pressure of which will increase and will be difficult to control until July. Fortunately in early June, the passage of the flower takes place perfectly in a few days only. Then, thanks to the gradual exposure of the grapes to the sun, the berries will be only slightly impacted by the phenomenon of scalding (grilling). On the other hand, the first symptoms related to the drought appear in July. Young plants and vine stocks on shallow soils - inducing a root system on the surface - struggle to survive. The strong heat also suspends the veraison. The situation is unblocked at the beginning of August with the saving arrival of the rain. The maturity takes place without a hitch and the harvest starts on September 2 under a beautiful sun. 2015, an early vintage with remarkable concentration! 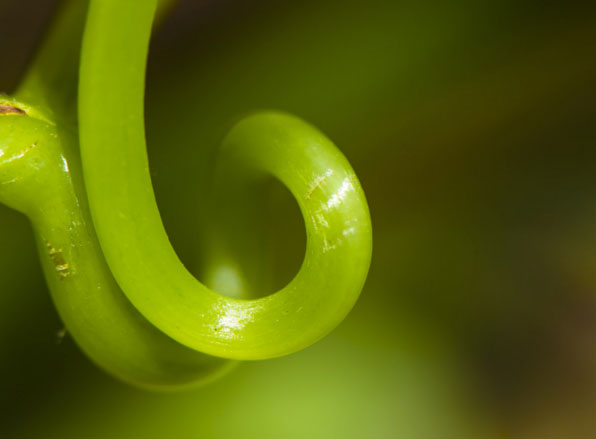 After a mild and rainy winter, the vines resume their activity under some clematis. The bud break occurs early, at the beginning of April, whereas a summer before the hour settles. Heat and drought temper the growth of the vine and weaken the pressure of cryptogamic diseases. Flowering is ideal! A reversal of the situation appears in July with stormy rainfall events (hail storms on 28 June) and cool temperatures, leading to a slowdown in the development of the vine. To this surrounding greyness one succeeds the excesses of heat in particular the 16 and 18 of July causing of the scalding, the drying of the berries. These pronounced interconnections between dryness and rain weaken the skins of the berries. These conditions together promote the appearance of acid rot also related to an undesirable, Drosophila Suzukii or more commonly called the vinegar fly. Fortunately, the anticyclone settles at the end of August on the vineyard, which allows the grapes to reach a good maturity. The harvest starts on September 13th and marks an exceptionally balanced vintage! 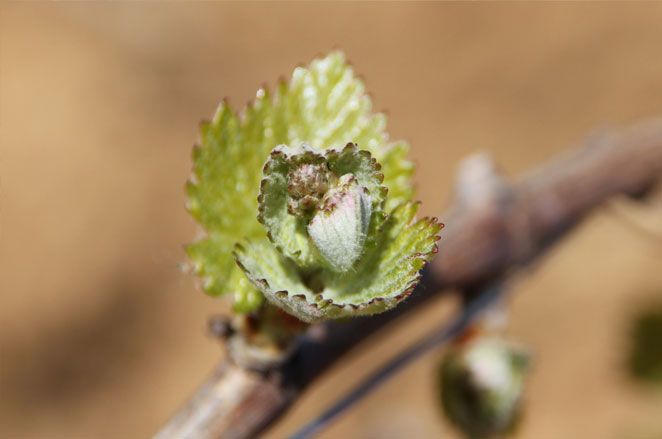 At the beginning of the year 2013, the vine awoke from a wet and mild winter rest that allowed it to drink its natural water reserves. After a late budburst (late April), it grew slowly in a rainy and cool atmosphere conducive to the deployment of downy mildew and oidium. Supported by the vigilance and care of the team in the vineyard, it began flowering in June. Coulure and millerandage reduced the yield. Despite the high temperatures causing burn on the grape and episodes of hail destroying the structure of the vine, the summer months were more lenient. August promoted good ripening of berries and the grapes were more concentrated in sugar. The grape harvest will start October 2 when the maturity of the grapes is reached. A selective picking was immediately done and directly returned to the cellar. The grapes were in good health. Despite a low yield, this vintage, surprised us by its complexity and balance. 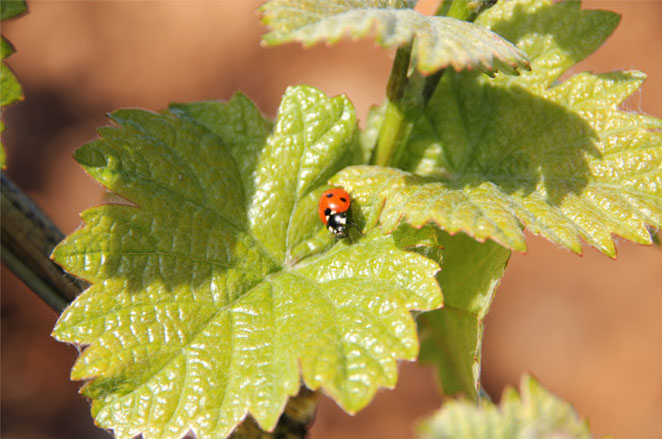 Climate change made perfect sense with the 2012 vintage. The winter season brought, softness and moisture. Frost and drought and a brutal rise in temperatures meant that spring started earlier than normal. Then, as the vegetation’s grew faster there for this cause an early budburst by the end of March. There were some fluctuations in temperatures and rainfall which favoured the appearance of mildew and oidium. Then came storms which people joked were initiated by enemies of the vine. The crop loss was significant at the arrival of the summer caused by criptogamic attacks, coulure and millerandage. The concentration was still at its peak for the team in charge of the vines in the vineyard. A lull in the bad weather however occurred in August promoting a good photosynthesis, so the berries were full of sugar. The harvest began on September 20th and a severe sorting was done to clean the grapes of the imperfections associated with the scalding, hail and botrytis. 2012 was a vintage of the extreme, a Pinot Noir and a Chardonnay that unveiled their full potential and their subtlety... Marvelous ! 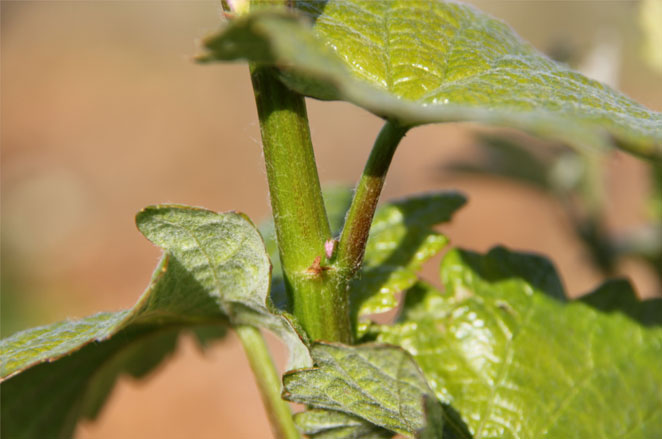 The 2011 vintage expressed itself after a particularly dry winter. With the arrival of spring, drought continued and the heat arrived to prompt the vine to initiate an early April budburst. These pleasant climatic conditions persisted throughout the spring, accelerating its vegetative cycle to flowering. Its growth was realized safely, away from sunlight that stop attacks from mildew or oidium. A weather change occurred at the beginning of the summer. Cold, rain, heat and thunderstorms alternated favouring the development of botrytis, a litmus test for the team in charge of the vineyard. Fortunately, a respite conditions in mid-August permitted us to harvest the ripe grapes on August 30. Sorting was necessary to weed out all the roasted berries or berries affected by botrytis. Despite a late worrying season, this vintage was revealed by its aromatic precision. 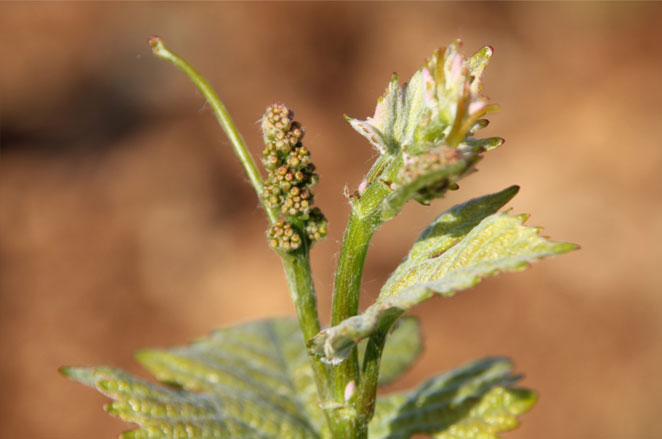 The winter preceding the vintage was especially long, cold and snowy. 2010 started with freshness and spring precipitation, budding was intermittent mid-April. This weather persisted and created a long and difficult flowering. The result was abortion of berry (coulure), the formation of smalls berries with thick skins (millerandage) and maturity inequalities linked to the difficult fertilization. Faced with this uninvited difficulty at the beginning of the summer, the Domaine team doubled its efforts to help the vine. Its knowledge, experience and expertise were needed to lead each vine stock to harvest. The months of summer, alternating with heat and humidity, favored the appearance of downy mildew and botrytis, famous enemies of the vine. "Millerandées" berries, thanks to their thick skin, resisted these attacks but the impact was important to the rest of the vineyard. Delayed maturity aligned within the plots and the harvest date was set. The harvest began on the 21st of September and sorting was performed to discover all healthy grapes. This vintage, although low yield turned out to be great in terms of quality !

A winter in negative temperatures preceded the start of the 2009 vintage. With the rise of temperature, the vegetative cycle of the vine took over and buds arrived in April. Growth occurred rapidly stimulated by the heat interdispersed with storms. The result was good flowering in early plots. As for the later flowering plots, following a cooling of the temperatures, they were impacted by coulure (abortion of berry) and millerandage (formation of smalls berries with thick skins). These climatic conditions encouraged significant presence of downy mildew. Fortunately, this was circumnavigated by the attention and the responsiveness of the team in charge of the vines. Rainfall marked the month of July and summer finally arrived in the month of August and continued until harvest. Dry heat prevented the development of fungal diseases such as downy mildew and botrytis. The grapes were ripe and healthy and the first cut with the secateurs was on 15 September. The 2009 vintage was generous, full and charming where pinot rhymes with very ripe black fruit. A vintage of pleasure !